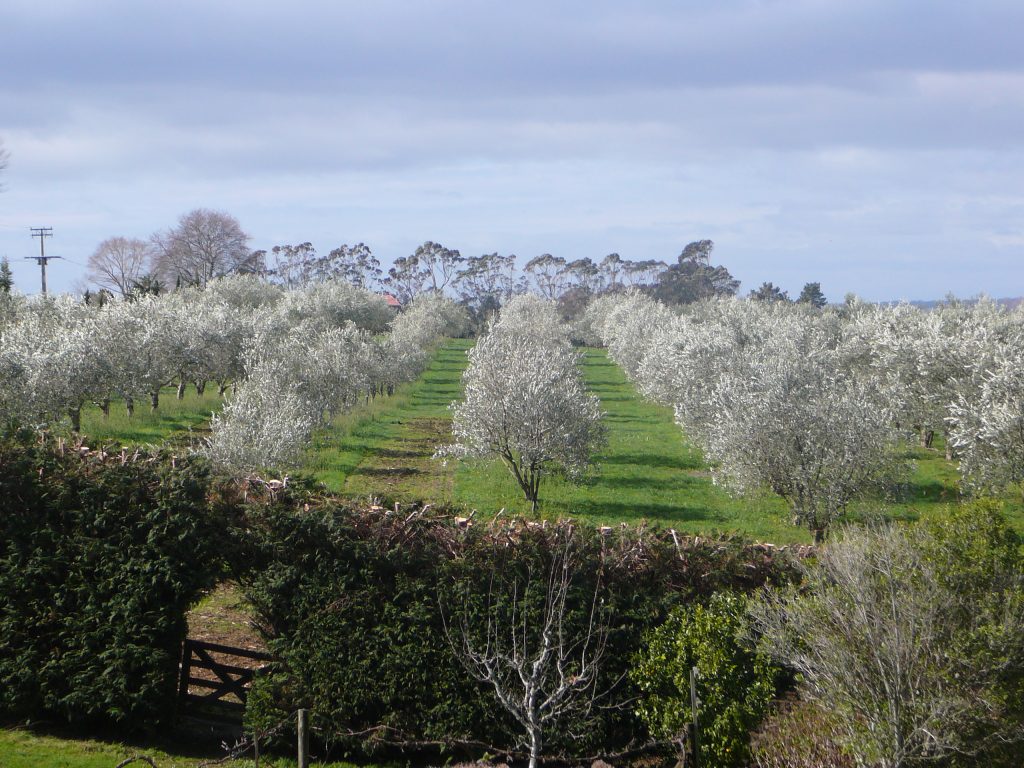 Viridis, the Latin word for green, was chosen for their orchard by Bert van Heuckelum and his late wife Netty, when they decided to trial olives on some vacant land in amongst their kiwifruit plantation. Bert had a long held fascination with olives and did extensive research, including travelling to Italy and visiting many olive growers, before choosing which varieties to plant.

Viridis Grove is located in Katikati, Western Bay of Plenty, an area known for good growing conditions. Olive varieties of Italian origin, Leccino and Frantoio, were chosen as it was thought they would handle the Bay of Plenty climate well. The Greek variety Koroneiki, a small fruit that produces well and yields a beautiful oil, was also planted. Several other varieties were planted to test their suitability to the climate. The first olive trees were planted in 2000. When the first small quantity of oil was produced in 2006, it impressed so much that Bert and Netty made the decision to remove all their kiwifruit vines and convert the orchard into an olive grove, ultimately planting in excess of 900 trees.

In 2011, Viridis Grove, truly living up to its name, with fresh green colours and “green” culture, received full BioGro organic certification. This certification remained until 2020 when Bert, ready to semi retire, sold two thirds of his orchard. This has allowed him the time to change to a boutique operation, giving the attention to detail required to produce even higher quality olive oil from just 300 trees. Though the official certification has lapsed, the same bio-dynamic organic principles are followed.

Harvesting is done both by a mechanical handheld shaker and by hand stripping the branches. Olives fall into nets below the tree and are then put through a leaf blower before being taken to a local press where it is cold pressed into Extra Virgin Olive Oil.

A point of difference with Viridis Grove oil is that each variety is harvested and pressed separately, so the unique flavour of these varieties can be enjoyed to the full. Prior to harvesting the main crop of each variety, the best grade olives at Viridis Grove are selectively handpicked to be processed into table olives.

This quality artisan made Olive Oil that has been sold through Farmer’s Markets for fifteen years, is now available on-line for your convenience.

With the help of his new wife, Barbara, who has an interest in natural health, Bert is continuing with his plan to add more products to his online shop.

(Check out Barbara’s blog for updates when they become available.)

Viridis Grove is in Katikati, in the beautiful Bay of Plenty.

Call to arrange a visit to the Olive Grove.